I've been very busy with being in work a lot in the past 2 weeks so here is a final blocking stage for Malcolm only. Hoping to try and finish a final block on Kayla by tonight (Hopefully) Then I will have 2 full days left to finish this piece before submission.


Here are some thumbnails of my idea I have for this month's competition. I will be using the Malcolm rig, Kyle rig and a teddy bear rig for this animation piece. 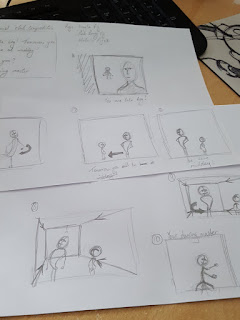 Here are most of the WIP animation shots for the final year projects so far:


There's still a lot of animating to do so hopefully I will get them all done. Fingers crossed. 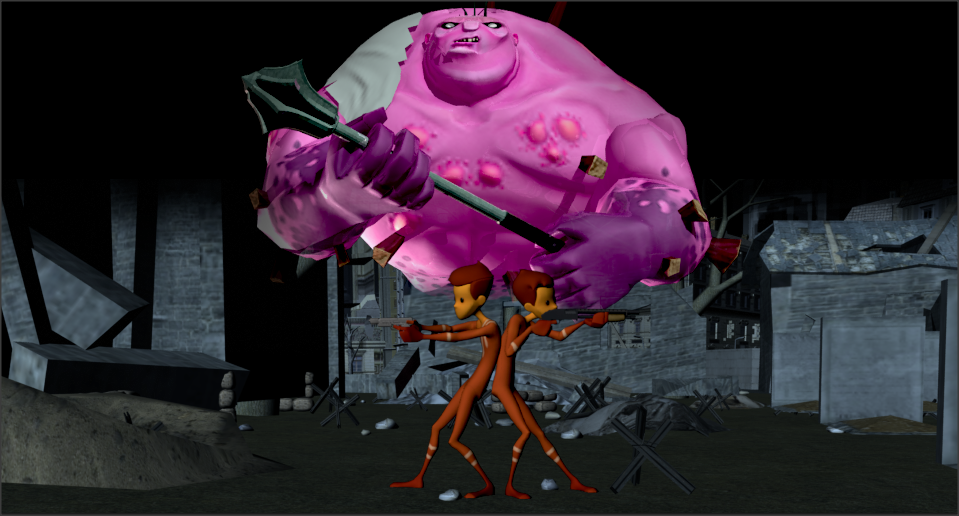 One of the last assignments where I had to create an Ultimate image using the poster grid system to show good use of layout and also see if the image itself can tell a story.
Posted by Gary Seto at 14:57 No comments:

Today I stumbled across a trailer for a feature film that has blown my mind. The beautiful animation in this film is pretty amazing. This feature film which will be out sometime this year is called, The Little Prince Trailer #1

By just watching this trailer makes this film look like it's been produced by Pixar or even Disney. The quality is that good! I thought I'd just make a post mentioning this trailer because it inspires me and makes me want to work more to reach that kind of level.
Posted by Gary Seto at 22:16 No comments:

Today was a inspiring and slightly productive day in terms of uni project work. Today we had special guests from Framestore. Michael Elder who is an Animator and Toyah Dunningham who is the recruitment manager. The day started off with Michael and Toyah going around to all of the third year students and talking to them for approx 10 minutes. Showing the current work that we are all working on and also get to ask a couple of questions about the industry. This was kind of running a little bit late as there were some issues and they arrived later than scheduled.

They managed to get around to seeing me and even though it was not their fault that it was running late. I felt the time I had to talk with them and get feedback from the about my work was a bit short. I had enough feedback but I would still like to have had a little bit more time as it was rushed.

After lunch they were giving a presentation about the company and a brief background knowledge about themselves and what their job role is at Framestore. They went over briefly the films that the studio will be taking and working. The films are, Pan(2015), The Martian(2015), Tarzan(2016), Geostorm(2016), Now You See Me(2016), Jungle Book(2017) which this film will be directed by Andy Serkis. (Might be an all out motion capture film)

Michael and Toyah then went on to talk about how to get into the industry. Especially Framestore, what they look for when interviewing candidates. They mentioned that you will need to have very good communication skills. As you will need to communicate with the production and the directing manager of that project to update them on the progress of the shot you have been given to. The reason for good communication skills is that if you fail to communicate how well your progression of your shots are. Then you will be slowing down the process of the schedule that has been planned.

They also mentioned about the internship that they are going to run over the summer. The summer course will be 8 weeks long and that the applications are open now. If I wanted to get into the film and vfx specialist area. Then the best route to take to get into that is to start out as a runner. To have a chance of applying and getting an interview, I will need an extremely good show reel. Keep all my work up to date! (basically house keeping) All my links on my website are all working to ensure a smooth run of the process of viewing my work. Have a show reel no longer than 2 minutes maybe even shorter. If I want to be an animator it is a good example to include some tracking shots and also include clear breakdowns of your animations throughout the show reel.

Michael also talks about criticism, don't take it to heart receive criticism professionally as they are the ones that have been on the industry a lot longer than I have. To try and get a lot of experience in TV animations as it is a good starting path to go from to get yourself into the industry. They then ended the presentation with a couple of demo reel examples and example shots of films they have worked on. Machael and Toyah's last words were that 'It will be easier to get into the industry as a runner. You will have more chance of that than going for an internship over the summer'
Posted by Gary Seto at 01:31 No comments:

Hi!
I am a Computer Animator Graduate and I mainly focus on character animation and I am looking for a work placement in the animation industry to help kick start my career as an animator!
This blog is where I post updates of my work and current WIP work and everything related to the animation world. Also a place where you get to see my animation world through this blog.
If you want to drop me an email, feel free to get in touch with me.
setokai8@gmail.com